Alexander Korsantia is a Piano faculty at the New England Conservatory. Ever since winning Gold Medal at the Artur Rubinstein Piano Master Competition and the First Prize at the Sidney International Piano Competition, Korsantia’s career has taken him to many of the world’s major concert halls, collaborating with renowned artists such as Vadim Repin, Christoph Eschenbach, Gianandrea Noseda, Valery Gergiev, Paavo Järvi, Dan Ettinger and Carlos Prieto with such orchestras as the Chicago Symphony, Kirov Orchestra, RAI Orchestra in Turin, The City of Birmingham Symphony, Cincinnati Symphony, Israel Philharmonic and the Far Cry. Mr. Korsantia’s past engagements include appearances with the Huntsville, Pacific, Louisville, Bogota, San Juan, Jerusalem, Oregon, Vancouver, Omaha, New Orleans, Elgin, Mannheim, Tokyo, Louisiana, Oslo, Malaga and Israel symphony orchestras; Georgian Sinfonieta; Ingolstadt and Israel chamber orchestras; Jerusalem Camerata; Orchestre National du Capitole de Toulouse; Polish Radio Orchestra; and Orquesta Sinfonica Nacional in Mexico City, among others. He has been heard in the Piano Jacobins concert series in Toulouse; in Warsaw, Boston, Tel Aviv, Jerusalem, Vancouver, Calgary, San Francisco, Lodz; with the White Nights Festival in St. Petersburg; at the Tanglewood, Newport, Stresa, Gilmore, and Verbier festivals and music series, performing solo recitals and collaborating with musicians such as Vadim Repin, Miriam Fried, Kim Kashkashian, Sergei Nakariakov and the Stradivari Quartet among others. Bel Air Music and Piano Classics are among the recording labels Mr. Korsantia has worked with. The most recent release is a collection of Beethoven (Eroica Variations), Rachmaninoff (Chopin Variations), and Copland (Piano Variations). His solo piano transcription of Ravel’s La valse has been published by Sikorski Musikverlage in 2018. Born in Tbilisi, Georgia, Alexander Korsantia began his musical studies at an early age moving with his family to the United States in 1991. In 1999, he was awarded one of the most prestigious national awards, the Order of Honor, bestowed on him by then-President Eduard Shevardnadze. He is a recipient of the Golden Wing award (2015) and Georgia’s National State Prize (1997). Mr. Korsantia is the artistic adviser of the annual music festival “From Easter to Ascension” in Georgia. 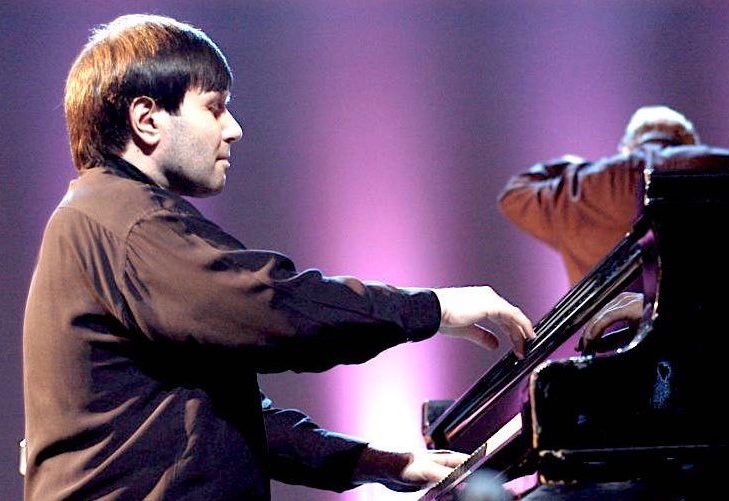 How do I work on sound quality on the piano? My first response is to say: I don’t know. That’s probably how many of my colleagues would begin their answers. As musicians, we are eternal students. Music is a constant work-in-progress for both performers and composers. No one, no matter how old the composer, was …