My approach to mental practicing began during a personal crisis. Right after school, I went to Paris, thinking I would be there for a year with a nice artist resident apartment that had been awarded to me, grand piano provided, a great view of Paris, and almost no rent to pay. Who wouldn’t want to spend a year in Paris under those conditions? I arrived the day before I was supposed to move in. While I was flying to Paris, an accident happened at the place and the director had to go to the hospital. When I arrived, I learned that the program had been put on temporary hold. I thought, “Okay, in a few days they’ll straighten it out and I’ll be able to move in.” But that’s not what happened.

Basically I spent seven months staying in a small storage space, with a mattress on the floor, no kitchen, no bathroom, and no piano. I went to the YMCA to take my showers and to clean up. I bought myself a hot plate and was able to cook pasta and buy bread. I drank a lot of wine and ate a lot of cheese. In order to practice I had to quickly learn French, interact with pianists and patrons whom I didn’t know, and try to borrow their pianos!

I would arrange to go to so-and-so’s house on Monday for a couple of hours, then go to another studio, where someone wasn’t teaching between 9 and 11, for a couple hours on Tuesday. And then Wednesday I couldn’t find anything, so I would not practice. It was a scramble, and I was going all the way across town to just practice on a piano for an hour or two. This was very different from having my own piano in my own place, which was how I had lived my life up until then. I had never thought about having to ration piano practicing. All of a sudden, I had to find ways of practicing with very limited access to a piano. I had to learn to practice efficiently, and also find ways to practice music somehow without an instrument. And it turned out to be for seven months, which was a long time. I had concerts and other things to prepare for. The pressure took me on an emotional roller coaster that really played tricks on my confidence levels. But by the end of seven months, something had happened to me where I was no longer emotionally needing to practice every day. I had deconstructed the whole story of needing to practice five hours a day and follow a specific schedule. I was much more flexible and much less dependent on having an instrument.

So when I finally was able to move into this great apartment, I had the piano at my disposal, and I didn’t go back to practicing five hours a day. I practiced an hour a day. I had learned French out of necessity. I had explored Paris from one corner to another, and knew the city. So there were lots of non-musical side benefits which helped me emotionally be a better person. And I removed my emotional crutch on needing to practice every day for five hours, which allowed me to have less stress when I was performing. I had concocted a personal method of score studying, which gave me a stronger kind of structural memory, reinforcing my performance. I was performing with a better sense of the score, with more confidence, and with more free time on my hands.

For a lot of people, even wise, experienced colleagues, there’s still this underlying voice. It says, “you should be practicing more,” implying of course that you should be practicing more at the piano. And even though we get by with not practicing every day, and we find ways to do what we can in those few minutes between lessons, we’re emotionally not satisfied with that. We’re always feeling “I should be doing more,” which stops us from getting the full results from the time that we have.

This experience is to be expected, since pianists generally started their piano “career” as very young children, listening to their teachers and parents, creating a rigorous discipline that involves necessary hours (10,000?) of rote repetition. A lot of that practice is focused on physical coordination, eventually some intellectual knowledge (theory, history, memory) and possibly some emotional training. Through all of this, we are never told that one day, we won’t have to do this kind of work anymore. So we sublimate this message that practicing 5 minutes more means you’ll play “5 minutes” better.

Today, I practice less at the piano, but I consider that I’m practicing 24 hours a day now, which is a lot more than I was practicing before. And I truly consider it effective, efficient, productive practicing to do the mental work, to do the meditation, to do the emotional analysis, to learn, for example, from the frustration of standing in line for a ticket for a movie. How do I make use of that to teach me about frustration as a listener, listening to something? Or the frustration of having to wait during a rehearsal while the violinist rosins his bow – it’s the same emotion of impatience.
If I have an experience that’s not related to music, I can still apply it specifically to a music situation that will make me play better. And those kinds of things only happen under duress, and it requires an emotional rewrite in our psyche to turn it into something desirable. In that sense, practicing at the piano can be quite limiting when there is so much other work that I can do and need to do.

Meditation and Free-Association in Mental Practicing 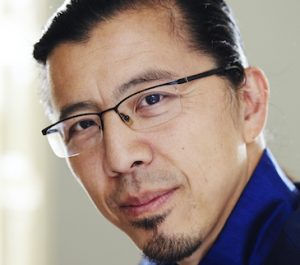 Frederic Chiu is a piano faculty at Carnegie Mellon University and the Hartt School. He performs at major venues on five continents: Lincoln Center in New York, Kennedy Center in Washington, The Chatelet in Paris, the Mozarteum in Buenos Aires, as well as touring extensively in smaller and unusual venues. He collaborates with Classical music friends Joshua Bell, Pierre Amoyal and the St Lawrence String Quartet, as well as non-Classical friends like jazz pianist Bob James or storyteller David Gonzalez, to bring vivid live piano experiences to all audiences.

Frederic Chiu has recorded the most extensive complete piano works of Prokofiev, and his personal relationship with the Prokofiev family has made him a world-recognized advocate of the composer. Across 28 albums, he has recorded works of Chopin, Liszt, Ravel, Mendelssohn, Brahms, Rossini and Grieg, and most recently the Beethoven/Liszt Symphonies V and VII. “Hymns and Dervishes,” music of Gurdjieff/de Hartmann, Distant Voices: Music of Claude Debussy & Gao Ping, and Schubert’s Fantasy for Violin and Piano demonstrate his wide legacy in recording.