Performers often ask me about intent and composition. How important is it to know the composer’s original intent for a specific idea or piece?

My answer is that intent doesn’t exist in that sense. If you go to the supermarket to buy an apple and you get apples— that’s intent. You intended to buy the apples. But if you ask me my intent in writing a piece, I struggle, even though I wrote my first piece for full orchestra when I was eight years old. For any piece that I write, the intent for me is to create something great. It sounds foolish and pretentious to say that out loud. Nevertheless, that means a lot to me, and I am entirely serious about it. I wouldn’t change a single note of my finished pieces, even if you offered me a million pounds. It’s not worth it.

Thus, my intent is precisely the same for each piece: creating something magical. Beyond that, there’s an intent before you start composing when you are staring at a blank white paper. You need to start with something. What will you put on the paper first? It’s not necessarily the thing that will begin the piece later. So the intent you had initially does not always match the music you eventually complete.

So then I composed the second and third movements. On paper, everything should have worked together. The first movement was a moderato, not madly fast, but fast. The second was an andante, but it still felt fast despite the slower tempo marking.

And then the third movement was Allegro, so quite fast.

It just did not work; I needed a proper slow movement. My intent at the beginning, you might say, was to create a three-movement concerto. Has it got something to do with the final result? Is it essential to know that’s the goal I started with? What I thought was the third movement became the fourth. And then I had to write a new third movement. I told my wife, “I know exactly what I need to write for my third movement. I need one of those movements that you get in the Mozart piano concertos. Something elegant and simple that lingers on a few ethereally beautiful notes. Something with exactly the right few notes.” And then I started to write, and the movement came out much darker than I had planned, though it was the slow movement I wanted. What is important in this scenario if you talk about intent? Is it that I needed to add that movement to balance out the other three? Does it matter that I had started the third movement aiming for a Mozart happy movement, but ended up with something that sounds more like the end of the world because it is so dark? I’m not sure. I think that at the end of the day, what counts is the final product. And I don’t believe in the little story we so often tell each other about a piece. I think that people in musicology oversimplify things: when did the composer live? Were they happy or sad? Did they like their mother? Who cares? It may be enjoyable on some level, but it’s ultimately insignificant.

If you are a real composer, you’ll write what is needed, not what you thought was needed. That is how I started out thinking I would write a light elegant Mozartian and ended up with something else. That, right there, is the difference between robots and humans. We are capable of making connections between things that are very far apart. That initial mystery of putting the first music down on the page is complemented by the mystery of finding what is missing. You use your intellect to help you find what is needed.

I’ve done many lectures where I showed the changes I’ve made to pieces as I wrote and explained why. A five-minute composition can take me around 30 hours to write if I’m lucky. The Hong Kong piano competition commissioned the last Étude that I wrote. It’s five minutes long, longer than my other études, which are around three minutes. But I would say it took me at least 150 hours to write those five minutes so that each note would be what I want it to be.

If I had to show you all the steps that I did, it would probably take double that amount, around 300 hours, about a piece that is five minutes long. But that level of documentary detail is not helpful to either performers or composers.

For me, the role in a book of musicology is to show you certain things that maybe you didn’t know. For example, looking closely at all the original manuscripts and finding out what was there before. It’s fascinating to have someone do the work for you. The documents reveal that Chopin found composing difficult, for example. We expect that, perhaps, with Beethoven, but not necessarily with Chopin. Some people say that Chopin’s music should all be performed as if it was improvised. The poor guy worked hard all his life to create greatness that is not improvised! It’s a bit like when you read a newspaper. If the newspaper is good, it will give you all the facts. From that, you can figure out what you think politically, but you need the facts.

For performers, all the facts that they need are in front of them in the score. Nothing else is required. There’s no security in this world, and there’s definitely no security in art. Trying to find safety in facts that are outside of the score moves farther away from the problem. We are imperfect human beings, but some imperfect humans are nevertheless capable of creating perfection. That by itself is strange. We try too much to reassure ourselves and are often attracted to easy truths. Where there is doubt we have to try to find the things that are absolute. If you look at the score and say, “okay, that note is longer than the note before it,” that’s an absolute. You cannot argue about that. The more absolutes you gather, the more understanding you have.

What a composer felt in their life is not something that can be revealed by absolutes. You don’t always create what you feel; sometimes, you create what you would like to feel. When I was in my thirties, my first wife had a miscarriage; we lost a child. It was quite a big shock. The piece I wrote after that I wanted to use to escape; I wanted to write a light piece. In the end,  I was not capable of doing that. Instead, I wrote a piece that was extremely powerful, angry, eventful, and courageous. But these days, now that I’m older, I have been able to write beautiful relaxing music in periods of my life that were quite dark. I wanted to escape, and I was capable of escaping through composition. So even concrete events in a composer’s life don’t necessarily align with what they are writing at the time. You have no way of knowing one way or another. After all, if you write a piece that is 10 minutes long, you will spend hundreds of hours on it. You’re not going to feel the same for these hundreds of hours, even if you write it quickly over a few days. But it’s funny– when you play a piece, you go back to that feeling every time you come to that piece. It’s the same when you compose. But after you’ve done the beginning of the piece, when you try to compose the rest, you go back into that world. Only, you’re taken to that world in the same way that you would be as a performer. Sometimes it’s frustrating because you can’t always find how the story ends, even though you would like to know. You get stuck somewhere. You know that is the end of the story, but you don’t know what it is. If, as a composer, you don’t know where your piece is going, how can you possibly believe in the suspiciously simple narratives we attribute to compositions from the past? 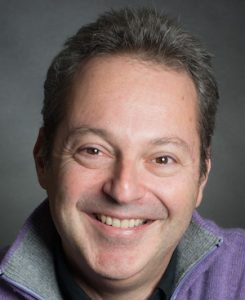 The past few years have seen a great number of, British-French-Israeli composer Nimrod Borenstein’s works being premiered across the globe. Leading artists and orchestras who play his work include Vladimir Ashkenazy, the Philharmonia Orchestra, the BBC Philharmonic orchestra, the Oxford Philharmonic, Roberto Prosseda, Dmitry Sitkovetsky, and many others.

In 1984 Borenstein won the competition of the Cziffra Foundation and became one of its Laureates. He moved to London in 1986, to pursue his studies as a violinist with Itzhak Rashkovsky at the Royal College of Music. He was then awarded the highest scholarship from the Leverhulme Trust to study composition at the Royal Academy of Music (where he is now an Associate).

Among his high-profile supporters, Vladimir Ashkenazy has conducted several of Nimrod's compositions, culminating in his recording an entire album of Nimrod's orchestral  works for Chandos, released in 2017. The recording won hugely positive reviews, including BBC Music Magazine 'Choice' ("an exuberantly inventive composer"), Classica (4 stars - "not only possesses a solid craftsmanship but even more important, a true personality. Finally, a music full of happiness!") and MusicWeb International ("For sheer pleasure and melodic inventiveness nothing I have heard this year touches this delightful CD - charming and accessible music to discover and enjoy.")

Borenstein’s music continues to rise in popularity, with his Suspended opus 69 in particular proving a huge international success with more than 150 performances since its premiere in January 2015 at the Royal Opera House, Covent Garden. Recent months have seen various notable premieres including the choral work “And there was light” , Concerto for Piano, Trumpet and strings orchestra, and Cello Concerto No 2. Nimrod’s substantial catalogue continues to develop and currently numbers more than eighty works including ballet, concertos, orchestral and chamber music as well as vocal and solo instrumental pieces.