Start your own business in classical music

I’m going to a classical music concert for the first time. What should I know? 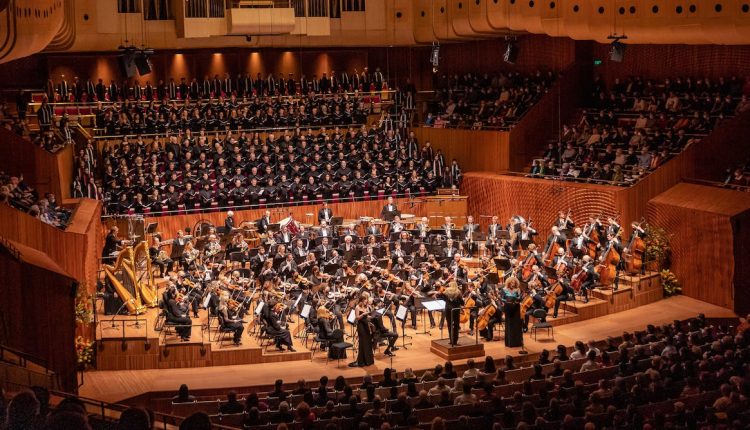 For some, it’s a pinnacle of cultural achievement. For others it perpetuates class inequality and upholds “white middle class social domination”.

To controversy, we can add contradiction! We love to hear the instruments and idioms of classical music in film and television (think of the theme from The Crown or the music from the Harry Potter films), but experience has shown classical music is most effective at repelling loiterers from public spaces.

Engaging with the controversy and contradiction of this music requires more than streaming a minute or two of Mozart. Research shows we make better judgements about music when hearing and seeing it, and classical music was designed to be experienced live.

So are you considering giving classical music a go? Here are some tips for first-time concert goers.

Where should I start?

Concerts range from intimate performances by solo players to major works for choir and orchestra featuring hundreds of musicians.

Each has its own repertoire and a dizzying array of terms (such as aria, concerto, sinfonia, oratorio and cantata) help describe the pieces these ensembles perform.

The more you get to know classical music, the more you’ll understand and appreciate the terminology.

One of the most common types of classical music you’ll come across is a symphony. A symphony is a substantial orchestral work with different sections or “movements”, each with a different character and tempo. Though the term “symphony” became popular in the 18th century, composers are still writing symphonies today. Symphonies differ in purpose and duration. They can be as short as ten minutes and as long as two hours.

Sammartini’s Symphony in F from 1740, for example, has three movements and lasts about ten minutes. Its movements have simple, direct structures that aren’t too far removed from pop songs in terms of complexity and scope.

Mahler’s third symphony from 1896, on the other hand, has six movements and lasts for 90 minutes. Its breadth and complexity are astounding.

I would suggest a first timer selects an orchestral concert with multiple pieces on the program. You will get to enjoy the spectacle of many musicians and many different instruments. You’re also likely to be exposed to the work of composers from different times and places.

If money is a concern, many orchestras put on free concerts.

Read more:
Explainer: what exactly do musical conductors do?


What should I expect?

Classical music is pretty diverse. Just as rock ’n’ roll traverses anything from Buddy Holly to Thundermother, what we colloquially know as “classical music” spans many cultures and many centuries.

These eras also operate with regional descriptors such as French, German, Italian or Russian.

Overlay this with subtleties of style and the distinct personalities of individual composers and you get a sense of the vast breadth of classical music.

But it is also important to know classical music isn’t only a celebration of dead Europeans. It is a living tradition whose boundaries aren’t fixed.

Classical music readily interacts with other types of music and crosses cultural boundaries to generate new styles and new sounds. Consider the Australian work Kalkadungu by William Barton and Matthew Hindson, a work “designed to explore the transition of traditional song-lines between the past, present and future”.

Though sometimes far removed from contemporary culture, every piece of classical music has something to say about the human experience. So, what to expect in the program? Expect to be surprised.

What should I wear?

Wear what makes you comfortable. While it’s not unusual for people to dress up for a concert, it isn’t compulsory, and ordinary casual clothes are fine. In the same way people dress up for the Melbourne Cup, some people wear black tie to the opera. Don’t let it faze you.

When should I clap?

While you might be moved to clap right after hearing an incredible feat of musicianship, modern audiences generally don’t clap whenever there is a pause in the music, such as between movements of a symphony.

This reflects the idea that a symphony is a “complete” musical statement – including the pauses between sections.

If you’re uncertain when to clap, wait until others do.

What else should I keep in mind?

Going to classical music should be about enjoying the concert! Here are some final tips on how to enjoy yourself.

Enjoy the spectacle. There’s much to see at classical concerts. The interactions between the conductor and the orchestra can be particularly interesting. Watch as the conductor, with a flick of the baton, unleashes awesome sonic power.

Appreciate the skill of the musicians. Classical performers are the elite in their field. It takes decades of training to do what they do.

Learn something about the composer and the work. Some classical composers are saints (Hildegard of Bingen) and some may have been psychopaths (Gesualdo). Knowing who the composer is and what they were trying to achieve in their music will add to your appreciation.

Keep in mind that your musical taste expands as you expose yourself to new and unfamiliar sounds. The more you listen, the more you are likely to enjoy.

Oh, and sometimes, if the audience is adequately enthusiastic, there’ll be a short additional piece at the end. Encore!

Read more:
Why you should consider adding classical music to your exercise playlist

I’m going to a classical music concert for the first time. What should I know?

Musicologist: Beethoven and Mozart’s music is ‘not bad, it’s decent’ –…

This website uses cookies to improve your experience. We'll assume you're ok with this, but you can opt-out if you wish. Accept Read More