“What would John Mohler do?”  That is a question I ask myself often.  My students don’t know this! It’s the voice in my head!  When I am “stuck,” I think about what my former teacher at the University of Michigan would say or do.  I have thought of him more lately. We lost him this past February, at the age of 89. He taught from 1961 until 1994, after serving in the United States Marine Band, graduating from the Curtis Institute of Music, after studying with renowned Philadelphia Orchestra Principal Clarinetist Ralph McClain, and serving as President of the International Clarinet Association.  He was a highly-regarded performer and pedagogue- a real legend!

I studied with him towards the end of his career. He was an encyclopedia of knowledge. However, he never projected this. I would describe him as refined and elegant in approach, as he always had high expectations, and yet personally down-to-earth, humble and extremely generous and giving, and funny…very, very funny!  These are all qualities I don’t associate together, and yet this describes him perfectly. He had a method, whether that was “talking sports” (did he ever like Michigan football!!), or allowing me to play a full movement of a sonata before saying a word. In the first example, I always thought he was looking for interesting conversation. He later told me he was trying to relate to me, get to know me, and most of all, get me to relax before playing because we are at our best when we are relaxed.  In the second example, he explained that he wanted to see what our overall musical concept was initially. We would return to the beginning, and he would make one suggestion, and I would play through about half the movement. If successful, he would make two additional suggestions, and then I would play through about a quarter of the movement. This process would repeat itself until we ended up just in the first few measures, focused on one important concept, and after having covered many aspects of playing and interpretation by that point.  I would not be tired, physically and mentally, and learned so much without realizing that in the moment, and only later upon reflection. He explained that this was his way of covering much music in a thorough way- musically, interpretatively, and technically- while keeping the approach simple, understandable to me, and achievable. His knowledge was indeed encyclopedic, and his pedagogy was brilliant, but his avuncular style and understated manner masked these extraordinary qualities.

It was in my studies with John Mohler that I decided I wanted to teach.  I looked to him and said I wanted to do what he does, and to be like him.  I ask this question-“what would John Mohler do?”- when trying to figure out how to help a student with a technical matter, as well as an overall approach to a lesson.  Most of all, I saw him as a kind, caring, decent, and giving person that served as a model for life and living. We kept in touch. He always sent a holiday card, with a personally handwritten note.  When we communicated through e-mail, visits, or these notes and cards, it was as if I had never left. He was father-figure to me long after my time at U-M, and I am certain hundreds of former students had the same experience.  When I last saw him at breakfast a few years ago, I let him know of my feelings. He was so appreciative that I had kept in touch, made an effort to see him, and it was evident he was touched. I take some comfort in that I told him of my thoughts, and that he took the opportunity to share with me how important it was to him that we stayed in touch.  We should all be fortunate to have a John Mohler figure in our lives. 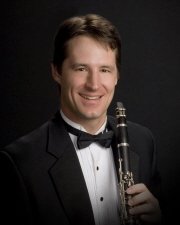 2 thoughts on ““What would John Mohler do?””