In my previous articles I discussed the research and listening phase, as well as the very methodical recording phase, as taught in the Audition Hacker Bootcamp.

The next phase is– you guessed it– mock auditions! In the bootcamp, you are encouraged to do a mock audition everyday that you can. Sometimes it can be tough to find enough people to be your audience, but one can always do a run-through for the recording device or email a video mock to a friend.

For me, playing for my orchestral colleagues was slightly intimidating, despite knowing they respect my playing. Of course, playing for them helped me to feel the “pressure” of auditions and needed to nail the excerpt at that moment. It was good practice also because it got my heart rate up and my breathing became shortened.

There’s a balance to be had, however, as I found that doing too many mocks became overwhelming. I ended up doing around twelve to fifteen mock auditions in a two-week period for a recent audition, but found that next time I would stop a week before the audition. While the many run-throughs were helpful, I continued in a very analytical brain right up to the audition, which is not what helps me to perform my very best. Therefore, you must adapt the system to you and decide what works and what doesn’t. In the end I discovered that I needed a longer period of time where I’m just maintaining the excerpts and trusting my preparation, enjoying the phrasing, musicality, and playing along with recordings.

Though I found the entire process helpful, I was not able to execute one of the excerpts perfectly. Despite feeling 100% ready on audition day, I did not incorporate enough mental preparation following the very detailed and methodical phases. The mock auditions went really well, but this audition was more elimination style– one excerpt is put in front of you at a time and any mistake is unforgivable.

On the audition day, despite feeling very confident in my abilities, I felt this building pressure to keep playing well while on stage. The first few excerpts went great, but then I was handed an excerpt that was much harder. It was one I practiced and can do well, but I suddenly felt the pressure to play perfectly. It was not horrible, but it did not result in my best playing and I was pretty disappointed.

It is an excerpt (Saint-Saen’s Carnival of the Animals) that I referred to in my first article, in which I prepared at 160 bpm instead of my usual 156 bpm. Lesson learned: play the excerpt at whatever tempo (within reason) you play it best! In this particular audition preparation method, I might have felt competitive to achieve the fastest tempo and over-confident in the process, not realizing that it might be just outside of my comfort zone under pressure.

I won the Second Flute audition with the Detroit Symphony Orchestra having learned a lot from my mistakes in the previous audition for the same position, which had resulted in a no-hire. I knew I needed to change my preparation and developed a plan.

Though my physical ability to play the orchestral excerpts was certainly good enough to win an audition, I did not know how to mentally prepare for it. So I hired a life coach, Kisma at the Illumination Academy, who helped me tremendously. She used to be an accomplished flutist herself, but some time ago she switched to become a yoga teacher and then eventually a life coach. I worked with her for about ten weeks.

During this time I discovered that during my first DSO audition I had put an unnecessary amount of pressure on winning the job. I was already performing with the DSO as a sub on a regular basis and I knew many musicians personally, so of course I really wanted to work there full-time! That created a massive need-to-win.

For the second audition, Kisma and I started working on mental preparation before I even worked on these excerpts again. I knew how to practice and prepare well, but I needed help with not sabotaging myself when it counted most. Kisma coached me through some various mental blocks and self-imposed pressures, which really helped me on audition day. I came to realize that this mental preparation was just as important as the technical preparation I was so used to, and we worked extensively on separating my emotions from the audition result. I realized that I had no control over the committee’s decision– what they liked in a flute tone or whether they prioritized technical perfection– so I prepared to play at my highest potential without attachment to the outcome or feeling a need to please my friends and colleagues.

One needs to be able to cope with the intensity and pressure of auditions, and for me, I’ve learned that I needed to supplement the Audition Hacker method in prioritizing more of the mental and visual preparation. Despite being a professional now and having improved since my four years at the DSO, I continue to learn about what works for me personally. It’s a journey, and not every audition or performance will be perfect. Auditions are not easy, but we can approach them with an attitude of learning, growing, and being patient with ourselves. And with detailed practicing, mock auditions, and mental preparation, one can truly learn to perform at their highest and best. 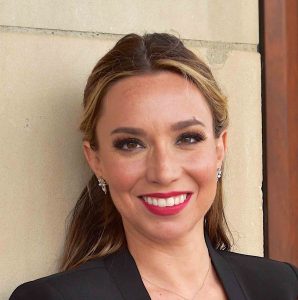 Amanda Blaikie is the 2nd Flute of the Detroit Symphony Orchestra. Previously she was the Principal Flute with both the Michigan Opera Theatre Orchestra and the Sarasota Opera in Florida.
Amanda earned a Professional Studies Degree at the Manhattan School of Music under the tutelage of Robert Langevin. She regularly performs at the Detroit Chamber Winds & Strings, Great Lakes Chamber Music Festival, New Music Detroit, Cut-Time Players, and the WRCJ Classical Brunch Series.