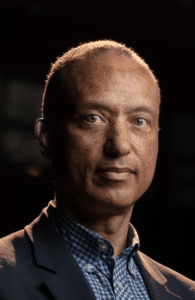 The racial-theory New York musicologist Philip Ewell is on the prowl again. He has just been given a glowing report in Yale News.

His father, a Black intellectual who attended Morehouse University with Martin Luther King, Jr., in 1948, was “committed to excellence” for himself and his children. In the mid-20th century, Ewell explained over Zoom, the conceptions of excellence by which he was surrounded were deeply intertwined with ideals of whiteness and maleness.

One was not supposed to admit such a notion aloud; instead, it was safer to put forth “that Mozart and Beethoven were simply the best composers on the planet,” Ewell stated.  He does not believe his father ever blatantly made those connections; they had ingrained themselves into his notions of what classical music ought to be.

“That this is the best music on the planet is nonsense!” Ewell exclaimed, becoming more animated as he began to explain the bases of his own scholarship. “It’s not bad, it’s decent … but there’s a mythology, a fallacy around their indomitability.”

Ewell received the Wilbur Cross Award by “making the whiteness of music theory a topic of conversation” as part of a growing effort “to remake a conservative field into one that welcomes those traditionally excluded,” GSAA Chair Dr. Jia Chen GRD ’00 told the News.

In his most well-known work to date, “Music Theory’s Racial Frame,” Ewell argued for the existence of a structural and institutional white racial frame to the practice of music theory as a whole, and put forth the possibility of reframing the practice in a non-supremacist manner….