Playing In a Wind Quintet. 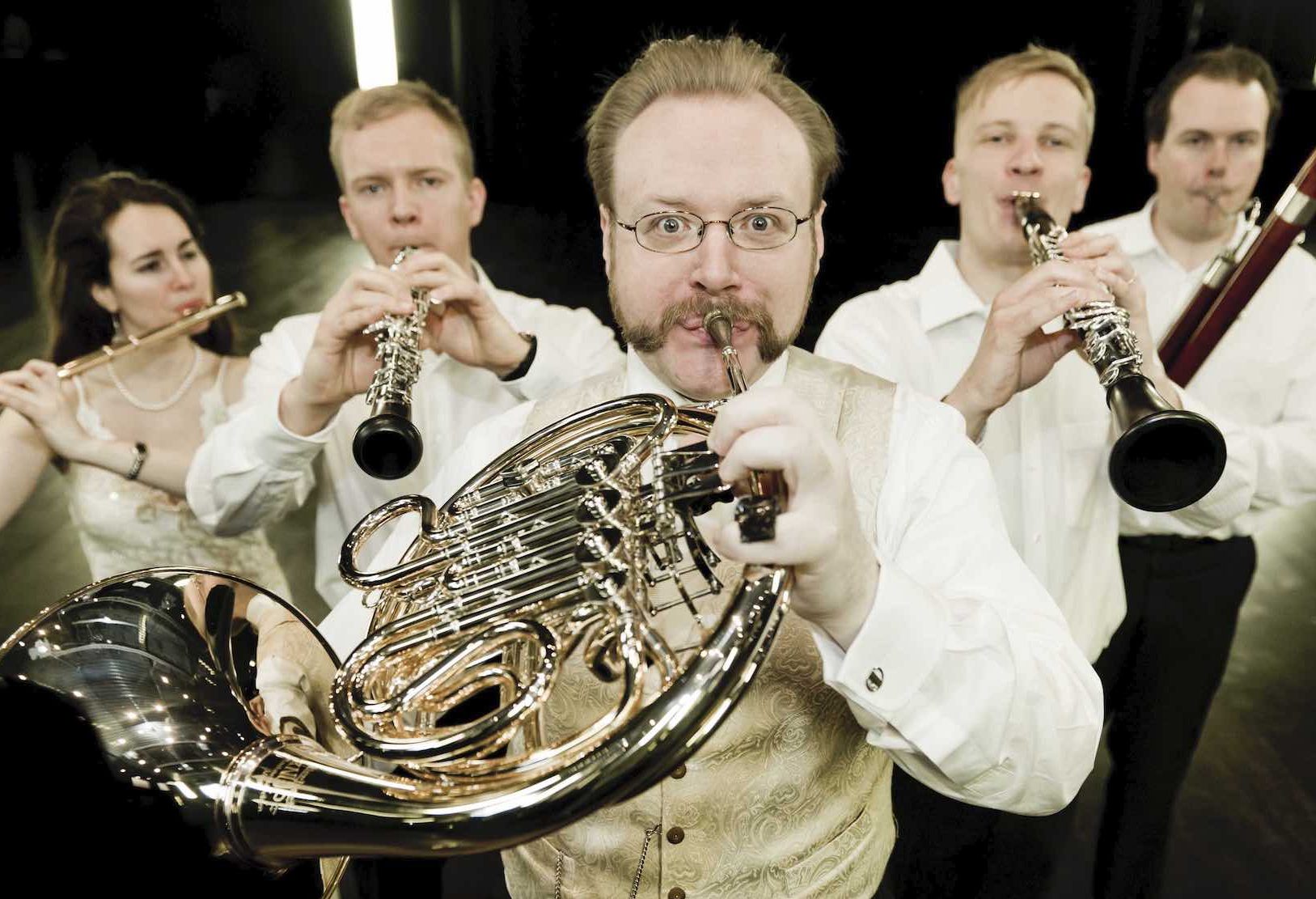 Playing in a wind quintet is very hard work. There are no magic tricks or shortcuts, just persistent effort.  It is very important for all members to have the same goals and expectations.

Sometimes ensembles stop playing because of misalignment of expectations and goals from the musicians.

We keep everyone motivated with a steady performance schedule. Carion averages about 30 to 40 concerts a year, making it one of the busiest wind quintets in the world. That is the main reason this ensemble has stayed together for almost 20 years. A wind quintet with a few concerts a year has a harder time staying together, because each performance requires too many rehearsals and adjustments. Memorizing repertoire and finding a blended sound for just an occasional performance would require too much work and effort.

Carion has had several personnel changes. There are many great musicians, but very few of them are willing to put in the endless hours of practicing and keep up with Carion’s demanding concert schedule. We had some new members who joined the ensemble just for fun and they were not ready for the amount of work and intensity needed to stay with us.  We all sacrifice a lot.

Members of the Carion ensemble have a similar mindset to their own individual practicing.

Recently Carion premiered Carion Tryptich by Bystrom, Nordentoft and Dzenītis. The opening of the Dzenītis concerto featured an oboe solo which was not playable on the instrument as the composer intended. Egils Upatnieks spent many hours improving and perfecting the introduction. After the performance, Egils doubted that it made much of the difference for the audience the minor details he worked on endlessly. One time Egīls Šēfers was challenged by David’s Zigeunerweisen arrangement with extremely fast staccato passages. Having a very fast single-tongue, Egīls never needed to learn double-tonguing for standard clarinet and orchestra repertoire, but David’s new arrangement pushed him to expand his technique and learn to double-tongue on the clarinet. Instead of asking David to re-write the part, Egīls decided to learn the new technique on his instrument.

Carion has found a group of five like-minded people with the same expectations of quality and hard work. We all sacrifice a lot for this experience. The work and travel gets difficult at times, but the main reward for this is the musical creation and very high level of excellence.

Egīls Šēfers explains that, in an orchestra, “you feel anonymous and like you haven’t really had any direct impact. You’re like a small grain of sand. Then I joined these guys in September 2008, and we played one of the first concerts in Birkerod, a small place in Denmark. A lady came to me, speaking Danish, and she was crying. She was so emotionally touched by the performance.” Niels Anders similarly relates that in Germany a man told him that “For the rest of my life, I will not experience this great a chamber concert because I don’t have many years left. I can say this was the best concert for the rest of my life.” The intimate nature of quintet playing heightens the emotional impact of performance. That’s the best reward there is.

Practicing Is an Art in Itself.