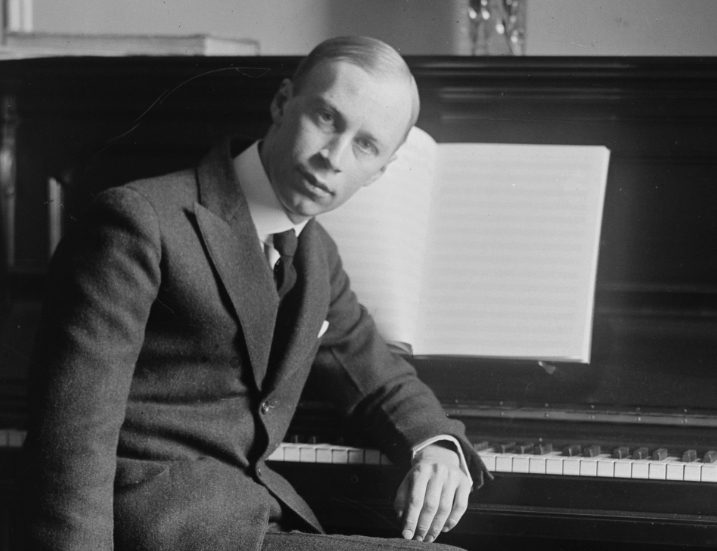 Sergei Prokofiev’s output is unmatched in twentieth-century piano music: nine piano sonatas, five piano concertos, and many more piano solo works. As a concert pianist, Prokofiev knew how to use a piano to its full capacity, and he masterfully applied that knowledge in his compositions. Many researchers have acknowledged the importance of his writing for piano, stating,  “Sergei Prokofiev gave more importance to the piano sonata than any other major twentieth-century composer” and “Prokofiev is one of the most prolific and successful composers of piano music in twentieth century…. For this creative act, which finds its fullest expression in the sonatas, contemporary pianism is in his debt.”  Laurence and Elizabeth Hanson state that because of Prokofiev’s sonatas, piano writing will never be the same.

Prokofiev’s Sonatas No. 6 and 7 have become two of the most popular piano sonatas in the twentieth-century piano repertoire, but performers and listeners have largely overlooked Sonata No. 8 since its premiere in December 1944.

The work’s two most famous supporters, the Russian pianists Emil Gilels and Sviatoslav Richter, pointed to the sonata’s introspection and complexity.  Gilels, its first interpreter, argued that it was “the most complex and the richest of all of his [Prokofiev’s] sonatas.”  In turn, Richter observed, “Of all Prokofiev’s sonatas, this is the richest.  It has a complex inner life, profound and full of contrasts.  At times it seems to grow numb, as if abandoning itself to the restless march of time. If it is sometimes inaccessible, this is because of its richness, like a tree that is heavy with fruit.”  Another Russian pianist, Yakov Flier, described the sonata as one of the most ingenious, deepest, and most monumental works of Prokofiev.

The unexpected character, complexity, and astounding amount of musical ideas expressed in the sonata account for certain inaccessibility of the piece. Sonata No. 8 is the longest of all Prokofiev’s piano sonatas, especially the first movement, which takes 30 minutes to unfold.  It is the only slow first movement out of all Prokofiev’s piano sonatas.  Even Richter, the first interpreter of Sonatas No. 6 and 7, was puzzled by the piece.  He wrote, “Prokofiev played it twice [for the Composers Union]. Even after a single hearing, it was clear that this was a remarkable work, but when I was asked whether I planned to play it myself, I was at loss for an answer.”  Prokofiev had technical difficulty performing the piece. In addition, listeners made negative comments about the piece, thus creating damaging feedback. Furthermore, the character of the piece did not fit the mood of the country, which was battling to end Germany’s three-year siege of Leningrad.” However, Richter did change his mind about learning the piece after hearing it for the second time.

Prokofiev’s life was very turbulent after his return to the Soviet Union in 1936.  That year, Prokofiev was hired to compose music for a film based on Pushkin’s poem “Queen of Spades” and a theater play based on another Pushkin work, Eugene Onegin. Neither project saw a premiere because of different circumstances. Music for Eugene Onegin was published later, but the piano reduction and a partial orchestra score for “Queen of Spades” were never published. Prokofiev decided to use the unpublished music in numerous compositions, including Sonata No. 8 and Symphony No. 5.  By the year 1939, Prokofiev realized that his life in the Soviet Union would be very different than he expected.  The Soviet government took away his passport and his privileges to travel abroad.  The situation became worse when Prokofiev’s friend and a colleague Vsevolod Meyerhold, one of the twentieth century’s greatest innovators, was arrested and killed by the Soviet government. Stalin’s repressions were in full force. Prokofiev felt trapped and disillusioned.  In 1939, after a sixteen-year break, Prokofiev decided to return to piano-sonata writing as as that had proven to be his first key to success.”

Rudolf Ozolins holds a DMA in piano performance from Michigan State University. He has a well-established piano studio in Detroit Metro Area. Rudolf works as an accompanist at Oakland University with Flute studios of Sharon Sparrow, Jeff Zook, and Amanda Blaikie. He actively concertizes as a chamber musician.

How to give online music lessons

Getting Back in Shape for Clarinetists

The Sword and the Sky: Warrior Spirit in the Music of Mark Maarder