Results from a 2009 study conducted by Ackermann, Kenny and Fortune revealed that 95% of highly skilled flute students suffered performance-related musculoskeletal disorders[1]. When I was sixteen
years old, I was diagnosed with my first performance-related injury. After experiencing severe pain when I played my flute, I scheduled a doctor’s appointment and was diagnosed with tendonitis in both
forearms. With the doctor’s limited knowledge of performance-related injury in musicians, the only advice I was given was to take a significant amount of time off of playing. Since the majority of my
extra-curricular activities involved playing my flute, I chose to ignore the advice and continued to play through my pain, hoping it would disappear on its own. There were zero resources available to me
about maintaining good musculoskeletal health, so I assumed the pain I was experiencing was normal and part of being a musician.

As I entered college as a music performance major, I experienced a stressful transitional period in my life, increased my amount of practicing, and my pain worsened exponentially. I continued to practice through my pain and still had limited access to resources about a performance-based injury. I was also partially to blame for my lack of resources; I failed to tell anybody about this pain in fear that it would be seen as a weakness. That would not have been the case since the community of musicians I worked with during my undergraduate degree was an extremely supportive group of people. However, it is easy as a young musician to transform your insecurities into competition against others.

My pain reached its worst in the summer of my junior year, when I was attending an international summer festival and beginning to prepare for graduate school auditions. I could barely play my flute for ten minutes without experiencing excruciating pain in my forearms and shoulders. At that moment, I received a major wake-up call. I could continue to ignore the warning signs my body was shouting at me and risk ending my career at age 21, or I could finally begin to open up about my pain and seek help. I chose the latter and was soon diagnosed with both shoulder and forearm tendonitis. When my doctor mentioned the possibility of needing neck surgery if my condition worsened, I knew I had to put my health above everything else. I began to see a physical therapist twice a week, took Alexander Technique lessons, started prioritizing exercise, and began seeing a massage therapist. While all of these methods were helping, it became much too expensive and time-consuming to continue this rigorous treatment cycle as a full-time student. I decided to conduct my own research and was awarded a grant to study performance-based injury in collegiate music students.

My primary motivation in applying for this grant was to provide access for students to injury treatment centers in their area and information about time and cost-efficient prevention methods. Through my
research, I gained knowledge about my own injuries and also learned that I was not alone. Based on the results of a survey I conducted, over 80% of students at my institution were experiencing
performance-based pain to the point that it affected their ability to play their instrument at the level to which they were accustomed. Additionally, over 50% of students did not know how to treat this pain
they were experiencing or thought the only treatment option was to take time off of playing[2]. For students, much of our grades come from our performance progress in our private lessons and
ensembles. Taking time off could indicate a major setback in a students’ educational progress or result in a low grade in their performance classes.

Unfortunately, there is a lack of concentration on performing arts health in many public-school districts and universities across America. Schools do not have access to information about performing arts health, and this lack of resources contributes to the development of performance-based injury early in a students’ career. Educating students about performing arts health is essential as soon as a student begins playing. It is crucial as a teacher to constantly be examining your students’ postures, looking for signs of unnecessary tension and asking if they are experiencing pain when they are practicing. I have developed a website www.playingwithoutpain.com as a result of my research grant. 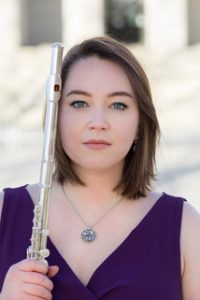 1 thought on “The Importance of Performing Arts Health in Music Education.”