Classical music has the power to fully engulf the musician, making his inner world so deep that sometimes he does not feel the need to seek inspiration or activity outside of it. However, the history of music has shown us that great composers and performers can develop parallel careers, even those very foreign to art – and be very successful at both.

If we look back at 19th century Russia, for example, we will immediately think of Alexander Borodin. As a composer he is known for his opera Prince Igor, the symphonic poem In the Steppes of Central Asia, his symphonies and quartets. But let’s not forget that, besides composing, his contributions to medicine and chemistry were also significant. At the age of seventeen he enrolled in medical school, and at twenty three was already working as a doctor at a military hospital. It was there that he met Modest Mussorgsky, who at the time was employed as a service officer in the Preobrazhenski Regiment. Another composer belonging to the The Mighty Five was Nikolai Rimsky-Korsakov, who successfully combined his musical career with his military one, first as an officer in the Russian Imperial Navy and later as an inspector of naval music bands. Continuing the military theme, it is worth mentioning the American composer Samuel Barber who during World War II served in the United States Army Air Corps and composed his second symphony by its commission. The work was then performed by the Boston Symphony Orchestra with Sergei Koussevitsky conducting.

Among the composers of our day there are surely very few, if any, who have combined their artistic career with their military service. But they do exist. Mark Maarder has resided in Baltimore since 1993, but his life story is certainly very unusual. Born in the former Soviet Union, he began his musical education at the age of six, studying music theory, piano, and violin for the next ten years. He came to the United States as a teenager and continued his music studies, but these were interrupted in the late 1990s when an unexpected life turn led him into a long and successful military career that would last close to fifteen years.

During his time in the US Army, Mark served in the Special Operations Command, Airborne Infantry, Military Intelligence, and the Foreign Area Officer Corps. His awards and decorations include the Bronze Star, the Army Commendation Medal, the Ranger Tab, and the Combat Infantryman Badge, among many others.

After leaving his military career in the rank of Major, Mark returned to music, dedicating himself to composition with even greater devotion. His compositions shared on YouTube and other social media have gathered millions of views, and artists from Europe and the United States are showing increasing interest in his music.

Mark is convinced that “the listener is the only true critic of the music.” He continues: “Neither you, nor your friends, nor critics, nor conservatory professors, nor fellow musicians, only the listener can decide whether your compositions will live forever or die after the first premiere.” While talking to Mark about his music, he shared with me that he doesn’t follow any particular trend and always writes what he really wants – and he feels that the listeners appreciate his honesty.

Given his training as a pianist, he naturally leans more towards piano compositions. Among his most outstanding and curious works is the Sonata for Two Pianos composed for twin sisters Ani and Nia Sulkhanishvili. Written in three movements, the sonata perfectly illustrates Maarder’s style, which reflects his tendency to juxtapose contrasting ideas, as if it were a collage. Influences from jazz and heavy metal are noticeable with the rhythmic eccentricity and motor rhythm interrupted by contrasting lyrical parts. Harmonically, his language is usually tonal, but tonality is never presented in its pure state. Dissonant touches add some irony or sarcasm in the fast sections and magical colors in the melodic parts.

Ani and Nia tell us: “This sonata is Mark’s first work for two pianos. We know that composing for a piano duo is something very special and at the same time difficult, and in many cases it doesn’t work well. But Mark did it in a great way. The Sonata is a really exciting work, very colorful and very virtuosic. Working on this piece was such an interesting process! We wanted to record it because we were attracted by its musically contrasting moments, its deep sadness and beautiful meditative sounds. We could also highlight two characteristic features that we like about Mark’s style: his play with rhythm and his honest lyricism. We think Mark’s style is very authentic. That is why we wanted to record this piece, and we are very happy that it has become so popular. “

Another piano work that has greatly attracted audiences is the most virtuosic piece ever written by Maarder – his Etude No. 2 in C minor Montmorency, inspired by the famous Montmorency waterfall in Quebec, Canada. 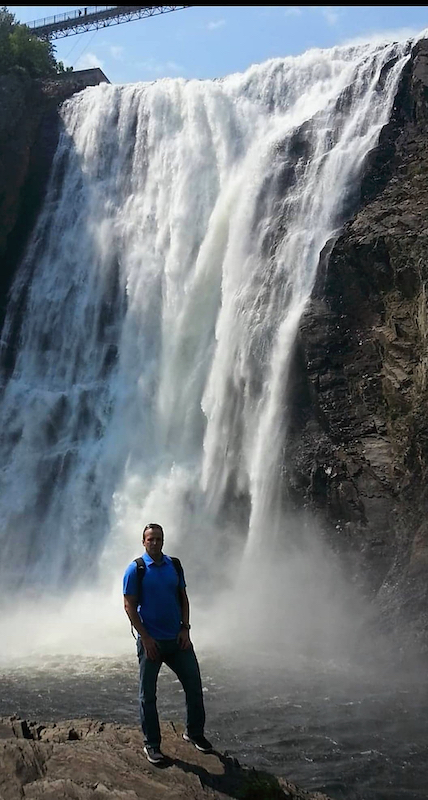 Technically difficult passages, octaves and chords intertwine with each other in complex rhythmic patterns, reflecting the powerful torrents of water. As in the Sonata for Two Pianos, there is juxtaposition of areas of clearly defined tonality with more dissonant sections. Rhythm continues to play a key role, adding directionality and promoting the development of music. New York-based concert pianist Rieko Tsuchida’s brilliant performance continues to draw audiences on YouTube. Rieko wanted to share a few words about her experience interpreting this Etude:

“What I enjoyed most about learning and performing Mark’s piece was the complete freedom I had to interpret it. Mark let me use my imagination to bring his music to life rather than imprint his own ideas onto me. The energy in his piece “Montmorency” Etude is tremendous, and I remember feeling both exhilarated and exhausted after playing it.

Other works for piano include various Etudes, the Chopin’s Heart Nocturne, Elegy, an Old Bechstein’s Memories cycle for children, and a Concerto for Piano and Orchestra. But Maarder is also interested in combinations that create different and unconventional sonorities. He comments: “Sometimes I compose because I’ve met amazing musicians and I want to write specifically for them. Sometimes it’s because I want to explore and test a new combination of instruments, something I haven’t tried before.” His ViBe piece for violin and double bass is one of the few composed for such an ensemble. Maarder explores the capabilities of these two instruments, playing with the contrast of the tessitura. With this work he opens a new horizon of frequencies that we rarely have the opportunity to listen to. Other works he has composed for chamber ensembles are the Sonata for Cello and Piano, Contemplation for Strings, and The Stars of Anacreon Octet.

In addition to composing, Mark writes poetry – and like his music, his poetic style ranges from classical to modern. Sometimes blatantly simplistic, sometimes strongly allegorical, most of his poems contain a clearly identifiable rhythmic structure that complements the meaning of the words. Mark has also translated many works in other languages into English. His translations strive to strike the difficult balance between remaining as faithful as possible to the original text, and at the same time eloquently conveying the meaning in a different language.
While varied structurally and stylistically, Mark Maarder’s music and poetry always reflect what is unique about him: his multicultural upbringing, his diverse education, and his profound experiences in combat.   Visit Mark Maarder’s YouTube channel and his website.

Original article was published in Spanish by www.mundoclasico.com 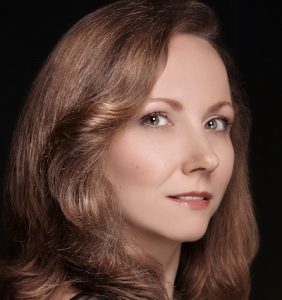