How to memorize instrumental music 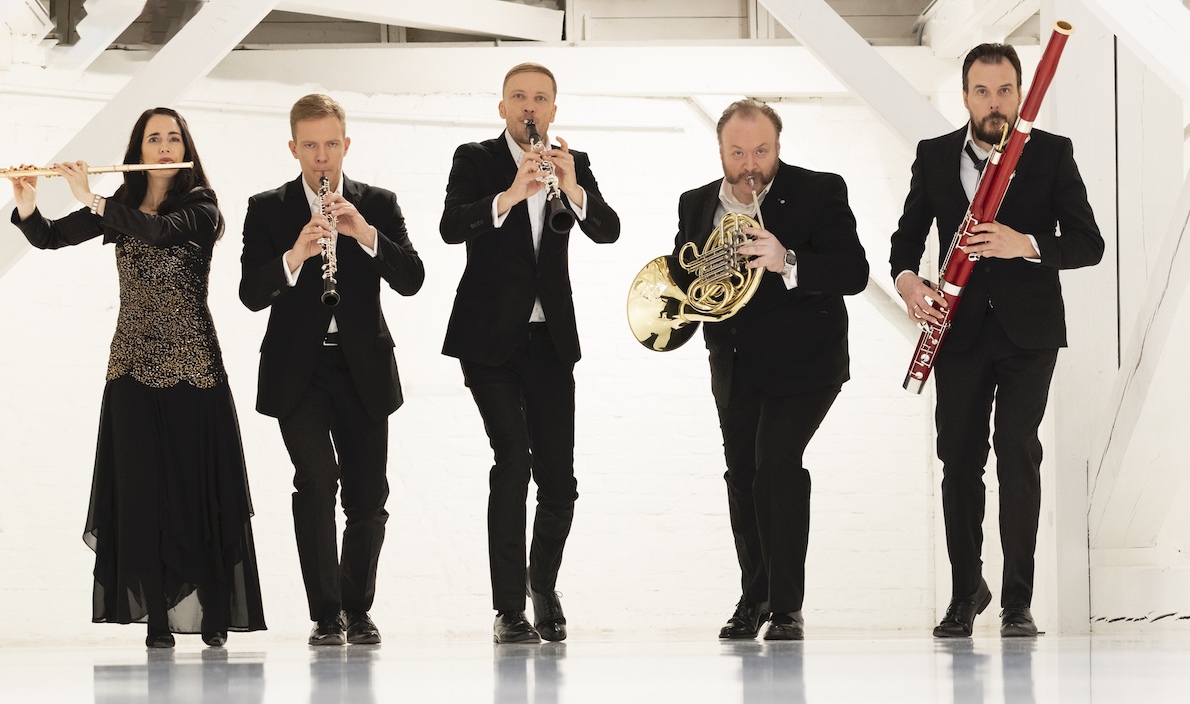 Carion Woodwind Quintet performs all their repertoire from memory. The physical movements they are known for help with memorization, as do the visual cues of the other performers, by associating musical and physical gestures. For example, turning to the left will be linked with playing a D, and a right step forward can be associated with an F#.  For this reason, Carion introduces new gestures in a piece very gradually.  A change in the choreography can lead to a memory slip.

Each performer in the ensemble handles the memorization process differently. David M.A.P. Palmquist doesn’t listen to recordings in the process of memorization at all. Instead, he uses his visual memory of the score and theoretical memory of the piece’s structure. As a result, he  knows each section of a piece down to the measure numbers.

Niels Anders relies on recordings. He mostly doesn’t even know if the meter of a piece is 2/4 or 4/4, since he is depending predominantly on his aural memory. He uses an open-ear headset to play along with a recording many times.  This particular type of headset transmits the sound through your cheekbones and leaves your ears open to hear your own playing without any obstructions. He listens to the piece at all times until it is completely learned.

Egils Upatnieks listens to recordings as well, but never plays along with them. He analyzes the harmony and structure of the piece, and other theoretical aspects. He finds it much more difficult to learn a piece without a recording.

Dóra Seres listens to recordings many times for reference purposes but primarily relies on her visual memory. Dóra can name every note in her piece and she always knows exactly where she is on a page. She will repeat each section as many times as needed until it is learned perfectly. Other members of the Carion Ensemble can always rely on Dóra’s perfect memorization.

Egīls Šēfers memorizes by using his tactile memory. He remembers how playing a piece feels in his fingers. Sometimes he doesn’t even know which notes he is playing, but he knows exactly how it feels on his clarinet. Egils needs an instrument in his hands to memorize. It doesn’t even matter if he can hear the notes. One time he had to memorize Nielsen Quintet when he was in the middle of a tour. He played the piece silently in his hotel room until he had it memorized without actually producing any sounds.

During Carion’s near 20 years of performing the ensemble has never experienced a complete memorization breakdown. Each player has developed a memorization process that suits their strengths, and the linking of musical and physical gestures strengthens that process. Of course, an individual player can miss a note occasionally, but the ensemble always finds its way back. When one of the players gets in trouble, the others will jump in and take over the moment. The players always have each other’s backs. For example, once, one player forgot which piece they were supposed to play and didn’t start from the very beginning. It did not stop the rest of the ensemble continuing the performance, and he jumped back into the piece after the first eight bars.  The chances of all five performers having a memory slip at the same time are extremely low.

Interview with Elina Kalendarova – Violinist of The Philadelphia Orchestra.