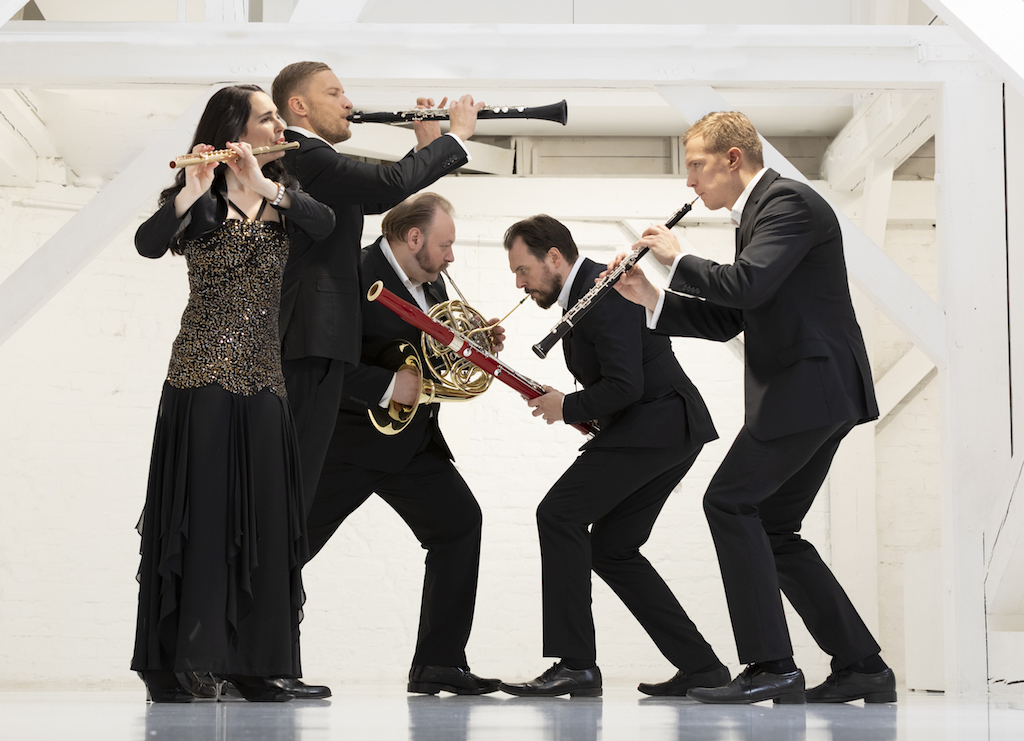 In order to avoid routine, we make minor changes in our interpretation on a regular basis.  Periodically we re-work a piece with the score and check all the details – dynamics, tempo and other markings. After multiple performances it is possible to drift away from the original. After re-introducing the original markings we decide which interpretation works better for us – the new interpretations we discovered over multiple performances or the printed version of the piece.

In our collective interpretation as an ensemble we strive for consensus and sensibility.  Sometimes we have minor differences of opinion on a particular interpretation of a piece, but we have never had profound musical differences. Each of us proposes ideas and we try them out as an ensemble to see what works best. It is always a work in progress. Individually we don’t have to agree 100% with each little detail in the interpretation. Playing in an ensemble is always a compromise; we never feel that we have achieved the perfect interpretation. There is always something to improve. We have played Ligeti for almost 20 years, for example,  and we still discover details to work on. It is like climbing a mountaintop without ever reaching the summit.

David likes to introduce new ideas based on experiences during performance.  We try the new idea in our next pre-rehearsal and sometimes add it in the next performance.

We leave room for spontaneity in our performances as well. If one of us has an impulse during a concert, we will act on it and see where it goes. During our performances we feed off the energy of the audience, and every new audience provides a new experience and energy level. The physical movement with other musicians and memorization keeps us on the edge as well. The choreography adds an extra layer of interpretation which is beyond the written directions given by a composer.  We act a little differently every time. Sometimes we have a lot of “conflict” with each other, but other times we feel more “friendly”.  The degree of intensity will be affected by the reaction of our audience as well. Our key in performing is to inspire each other on the stage.

When we record a piece, we try to bring the same inventiveness and spontaneity to the recording process. Occasionally we have to make recordings at the beginning of learning a new program to facilitate the concert booking process in Europe. When we find ourselves rushed to make a recording, we usually record just the music without doing any choreography. By the time we perform the program our interpretation will be quite different from the recording. For the Nielsen we were able to record when it was completely settled. The choreography during this piece helped translate the audio effects of a live performance into our recording. During live performances of Nielsen we have multiple placements on the stage, with some people closer to the edge and others farther away from the audience at different points in the piece. We used the same placement for the recording to capture the different sound effects.The microphones remained in the same position while we moved around. Each position on the stage we did as a separate take. That allowed us to balance the sound quality and the audio effects, and bring some of the same kind of energy and inspiration we get in live performance to the  recording.

How to memorize instrumental music

Rehearsing as a Wind Quintet