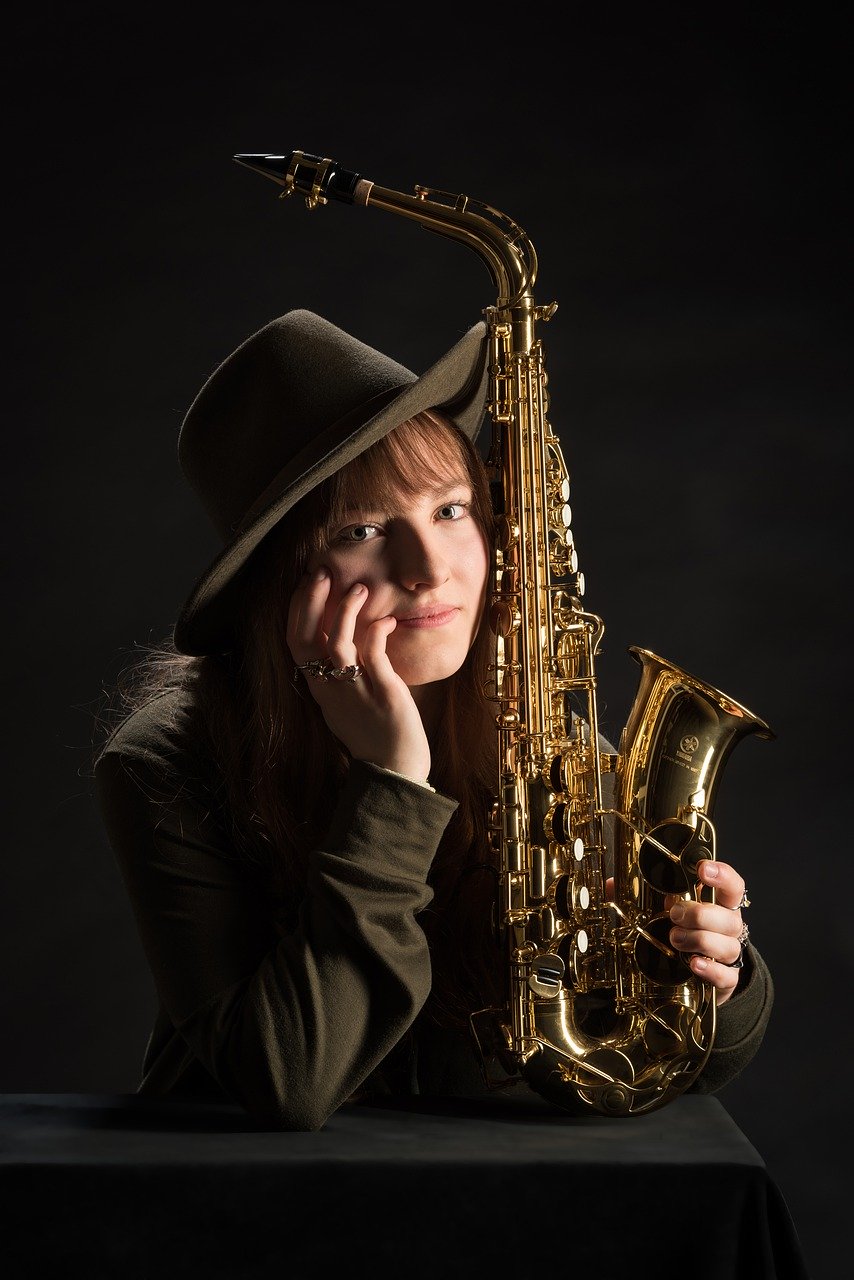 Shakespeare once said, “Clothes make the man”. Nobody will deny that styling can play a decisive role in the image of a classical musician. We are so used to the excessive PR campaigns and the pop culture stars like Madonna, Lady Gaga and Beyoncé who set the benchmark in the world of image making. Today we are speaking about a new image of classical musicians.  Especially when they are searching for new ways in classical music.

When we think about musicians in philharmonic orchestras, we immediately see people wearing black. It could be black tuxedoes with tails and white ties for highly formal event like a gala or opening night of a new season, or just black suit jacket with monochrome necktie. There is a convention that musicians should wear the “concert black”: the specifics (jacket/no jacket/tie or no tie/vest or without) are less important as long as it is black. The tradition comes from Mozart days when musicians wore the uniform of the court they were paid by. Tailcoats became a substitute “uniform”. In other words, the “concert black” is the musicians uniform. Even back in those days, the soloists were permitted to wear just about anything: The most popular performers wore the best clothing they could get for their performances. Mozart himself had a penchant for luxurious clothing. As is evident from his letters and contemporaries, extravagant dress was Mozart’s preference, but it was also necessary as a vehicle of his artistry in Viennese society. In a letter to his father on September 5, 1781, Mozart writes, “I could not go about Vienna like a tramp. One must not make oneself cheap here – that is the cardinal point – or else one is done.” Here is a description by Irish tenor Michael Kelly who wrote in his memoirs, Reminiscences: “I remember that at the first rehearsal of the full band Mozart was on the stage, with his crimson pelisse and his gold-banded cocked hat, giving the time of the music to the orchestra”.

Psychologists noticed the frequency with which many musicians show a vivid interest in fashion. For many musicians the fashion and interest in luxury is an extension of their creativity and attempt to invent and re-invent themselves. Musicians are being trained to excel, so they transfer it to other areas of creativity. This search can be extended to even further field of searching for beauty in every aspects of their lives.

Today it is difficult to tell if it is a musician who decides what to wear onstage or if it is a decision of the artist’s management. Here are some interesting facts: 21-year-old Canadian pianist Jan Lisicki wears classical black jackets but he loves the splash of color for his socks. Nicolai Tokarev is often seen onstage wearing the tight leather pants and designer long-sleeved T Shirts. Daniil Trifonov is playing with a business-looking suit, white shirt and a fancy colored tie. Star violinist Joshua Bell looks very casual on stage without a jacket. Christoph Eschenbach frequently wears a Nehru jacket when he conducts. Violinist Hahn-Bin favors a flamboyant look, really extravagant. But the most unconventional is definitely an English pianist James Rhodes: he shuffles around the stage in sparkly shoes, skinny jeans and oversized glasses, shoulder-length hair.

The women have more freedom when choosing their attire. Pianist Olga Scheps has a “natural look”, Helene Grimaud seems to not to think too much about what she is wearing. One musician remembers her carrying her concert clothes in a brown paper bag in Cleveland: “She’d arrive ten minutes before the concert and pull out a blouse from the sack.” But her artist management knows that the style matters! It is fascinating to read the reviews about her CDs and your hairstyle. New Yorker Magazine wrote in 2011:  “At a recent performance, her hair was up for the Mozart, down for the Liszt. On album covers, her hair telegraphs a mood. It is pinned up in a Clara Schumann-like bun for a Brahms recording, and on the cover of “Credo”—a CD of Beethoven and a pair of mystic-minded modern composers—it is tucked behind her ears, in wan, heroin-chic strands. Ordinarily, her hair is shaggy, with too-busy-to-blow-dry bangs.”

Pianist Yuja Wang surprised the classical music world in 2011 when she made appearance in Hollywood Bowl wearing club wear – red mini dress. There were several negative reviews. For example, one music critic Klickstein, stated that “the moment the audience catches sight of the performer, the performance has begun — their mannerisms, their attire, everything matters.” It was the first time when the critics and bloggers asked the question if a performer’s fashion choices should be taken into consideration in a music review.

Katja Batiashvilli is also known for her eye-catching sexy outfits and glamorous stage presence. There is still a controversy if the sex appeal should be part of the classical music world: in 2011, eminent Latvian violinist Gidon Kremer abruptly withdrew from Switzerland’s Verbier Festival in protest against the classical world’s – celebrity-driven culture. He wrote in his withdrawal letter: “Let’s admit – all of us have something to do with the poisonous development of our music world, in which ‘stars’ count more than creativity, ratings more than genuine talent, numbers more than … sounds.” He also claimed the classical music industry had a “misguided fixation with glamour and sex appeal”. On the other hand, we have a very clear opinion about the classical music and glamour: Jessica Hadler, director of artist programs at Concert Artists Guild which manages and promotes rising classical performers and coaches them on matters of wardrobe and styling says, that if an orchestra is presented with two equally accomplished soloists, it will likely hire the more attractive of the two. Jessica Duchen, a journalist for The Independent newspaper tells openly: “I’ve heard some fantastic female pianists who might be overweight or they don’t happen to look like supermodels, and they don’t have the careers that they could. They literally do not.”

The dressing code in the German business world has changed over the last couple of years. Even the most conservative companies made their dressing code more casual. The top management does not wear ties and you can see more employees wearing jeans for business meetings.  The whole society is going through the transition.

But back to the original question. Will Beethoven sound different depending on the attire of the musician? What we wear affects not only the perception of the audience but also our own perception of ourselves. This psychological phenomenon is called “embodied cognition” There were numerous studies by the “Journal of Experimental Social Psychologies” that if people put on medical white coats, they will be more focused and concentrated in their work, if they put on white coats that belong to painters, there will be no change. According to Galinsky, clothes have symbolic meeting: we must see and feel the clothes on our body—experience it in every way—for it to influence our psyche. Clothes invade the body and brain, putting the wearer into a different psychological state. Dr. Galinsky says: “Our thought processes are based on physical experiences that set off associated abstract concepts. “I love the idea of trying to figure out why, when we put on certain clothes, we might more readily take on a role and how that might affect our basic abilities,” said Joshua I. Davis, an assistant professor of psychology at Barnard College. It means that to be a successful virtuoso, we must wear the clothes that we believe successful virtuosos wear.

Personally, wearing fancy dress and stage make up is a part of my performance ritual. It helps me to deal with the stage anxiety and prepares me for the concert program. Surely, the outfit and the music I am playing should go well together. Sometimes it is a deliberate contrast or a special effect or “sound” that I want to achieve with my outfit. I experienced it myself how the outfit affects my playing during my work on Moving Classics videos – wearing the flamenco dress for Spanish serenade or Charleston dress for Gershwin “The man I love”. I thoroughly enjoyed the punk styling of Beethoven lost placed video that I would like to share with you here.

How will Beethoven sound when we see a pianist a. wearing a traditional black suit, b. mini red dress or c. t-shirt and ragged jeans? Have you made experiences of how your clothing affected your playing? I am looking forward to reading your comments and feedback!

Anna Sutyagina is a concert pianist and founder/ artistic director of a a popular curated discovery channel for new piano music “MOVING CLASSICS TV” www.movingclassics.tv
Dreaming and exploring something new are the leitmotifs of the artistic work of Anna Sutyagina. In the Munich Salon, which she founded, she combined music and literature in theatrical form. Early on she started to experiment with music and light and worked together with lighting designers on a concert performance titled “Concerti Illumini”. She produced and directed several music videos of famous piano pieces.
Anna Sutyagina has been recording works by contemporary composers. She is personally connected with a large number of composers worldwide, including Lori Laitman, Takashi Kako, Dobrinka Tabakova, Naji Hakim, Nimrod Borenstein, Bechara El-Khoury, Karen Tanaka, Gaby Kapps, Takashi Yashimatsu, and Douwe Eisenga. Anna Sutyagina lives in Munich and works with Prof. Michael Leslie.

How Do We Listen to Music