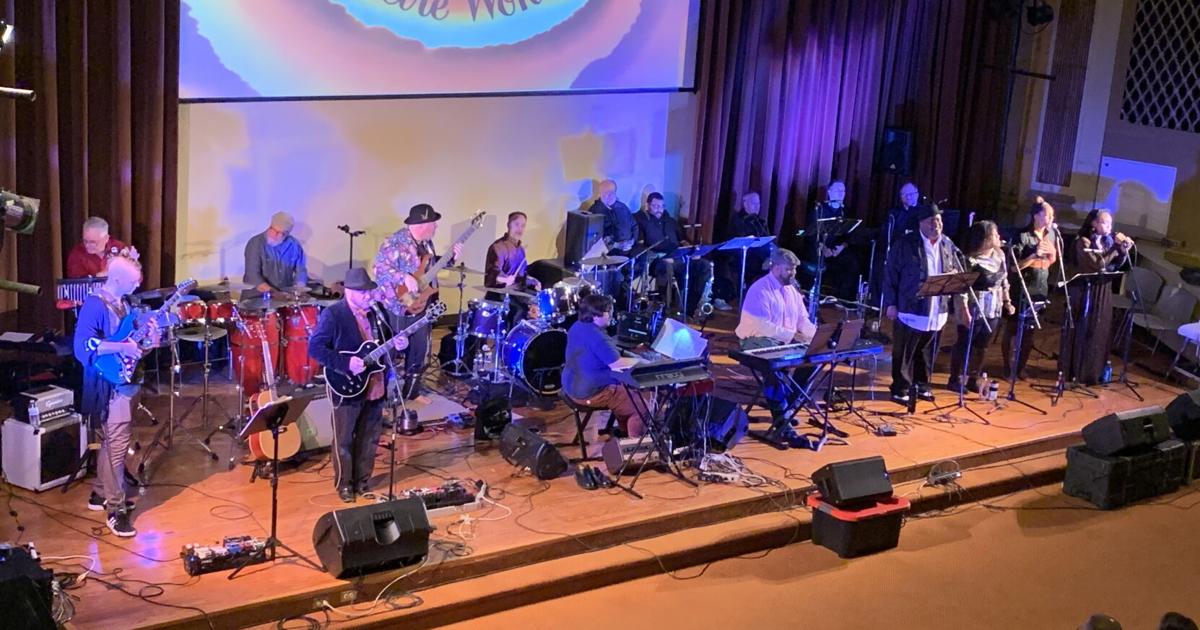 
Tom Johnston In 1971, when he wrote the band’s first major hit, he said he was showing “some degree of utopian view of the world.”

That song – “Listen to the Music” – starred the Doobie Brothers and the band has been on the go for five decades now and is still rolling.

The Johnston and Dobby brothers – co-founder Patrick Simons and keyboardist Michael McDonald – are scheduled to meet Saturday at Pavilion at Lake Star near Pittsburgh.

It is difficult to imagine a group of thousands of singers who sing, “Listen to the music.”

The book is available in stores and online. I bought my copy in the book A-Million The Gallery.

Johnston’s 1971 memories convey an indelible message – it was a great time during the Vietnam War, but now it has a deeper meaning.

Johnston writes in his book, “The idea is that music can elevate human beings – including world leaders, if they could sit on a large grassy hill where the sun shines and listen to the music.” “Then they realized that everyone has something in common than they think and that any disagreement is out of shape. So the world can benefit from the idea that music can make everything better.

“It sounds very hippie-DP, but that’s what I felt at the time.”

In 1973, he performed for the band’s readers on a variety of occasions, including the infamous “Captain and Me” album – “China Grove” and “Long Train Runny” – and the arrival of McDonald in 1976 when Johnston struggled. Gastric or peptic ulcer: The “Grammy of the minute” in 1978-79 and to this day.

More than 50 years have passed since then. A few have passed. Others are still writing and working.

“It’s a time machine that can take me anywhere I need to go,” Simons said. I could be someone else, catching a blue man, a hipster, a cowboy, a beeper, a rebel, a mountaineer, or a (personal favorite) rocker! Is this magic? Maybe… Whatever, I like it.

“And the best thing is that the music you’ve never heard before and the new experience that awaits you to improve on a special song is bound to be taped in time.”

And that “tapes of the season” – the idea that music could be a world-changing event – is heard every week in the Johnson County from Rockbury Bandshel to Central Park to the People’s Natural Gas Park and beyond.

The region has been blessed with great musical talent in a variety of styles and genres – an inspiration for a new podcast The Tribune-Democrat will be released later this summer.

We’re recruiting potential guests and we’re starting an interview that we think will be an important project – here we focus on the executives among us.

The idea came to my mind when I heard Jeff Webb’s “classic vinyl” collection of Stevie Wonder’s “Keys to Life” at the Jammin 4 Jabs event in May. The venue was packed with amazing singers, drummers and guitarists, bass, keyboard and horn players – all connected to different local teams – and each had a great narrative to tell.

We let local artists hear stories in their own language.

And we want to hear some of the clips of these talented people playing their instruments, some of their favorite songs and what inspired them to go that way of performance or recording.

You can email me at cminemyer@tribdem.com and suggest someone to this podcast series.

We want to cover Jones’s music scene from jazz to rock, funk to country, hip-hop to classical, bluegrass to soul.

These are the people of Johnson who made us all listen to the music.

They are the ones who make sure every day that music – as Johnston believed those years ago – makes everything better.

Chip Minemyer is the Tribune-Democrat and General Manager. TribDem.com, GM of The Times-News of Cumberland, Md. And CNHI Regional Editor for Pennsylvania, Maryland, Ohio, West Virginia and North Carolina. It can be reached at 814-532-5091. Follow him on Twitter. @MinemyerChip.

Chip Minemyer of The Tribune-Democrat and TribDem.com, GM of The Times-News of Cumberland, Md. And CNHI Regional Editor-in-Chief and CEO for Pennsylvania, Maryland, Ohio, West Virginia and North Carolina. It can be reached at 814-532-5091. Follow him on Twitter. @MinemyerChip.